Notice Regarding Incorrect Price Listings & Temporary Closure of the PS4®/PS5™ Stores for Fuga: Melodies of Steel

We have confirmed that between the launch time of 10:00 a.m. ~ 11:04 a.m. (JST) today (7/29), that there have been erroneous price listings for the PlayStation®4 and PlayStation®5 versions of Fuga: Melodies of Steel. We are announcing that we have temporarily taken those store pages down for maintenance.

For this error, and for any inconveniences this may have caused, we are terribly sorry. We are currently in discussion with Sony Interactive Entertainment on how to handle this issue moving forward, and we will be sure to put out an update as soon as a decision has been made.

As for when we will reopen the PlayStation®4 and PlayStation®5 stores, we shall put out a formal announcement as soon as the issue has been resolved and the details have all been confirmed.

Today was meant to be an auspicious milestone for not only us, but for the PlayStation fans who had been looking forward to the release of Fuga: Melodies of Steel. We apologize to you from the bottom of our hearts. We hope that you can find it in your hearts to forgive this transgression.

We have received reports of the following issues occurring on the Nintendo Switch™ version of Fuga: Melodies of Steel. For this trouble, we deeply apologize to those who have purchased this version as well as those who have been looking forward to playing the game.

Please read on for more details.

〇Release of Fuga: Melodies of Steel Deluxe Edition for the North America eShop of Nintendo Switch™ postponed
Due to a lack of proper procedural work on our part, we regret to announce that we are unable to deliver this version of the game to fans on time for the 7/29 launch today, and that the release for the North American version of Fuga's Deluxe Edition for Nintendo Switch™ will be postponed. However, the Standard Edition is available for purchase.

Again, to everyone who has been looking forward to purchasing and playing this version, we deeply apologize. We will be sure to announce the release of the North American version of the Deluxe Edition as soon as it is available. Our deepest apologies and thank you for your understanding and patience.

〇Discovery of a Critical Bug
We have received reports claiming that on the Nintendo Switch™ version of Fuga: Melodies of Steel there is a slight chance of a bug occurring, where the game will be rendered unplayable. After a thorough investigation on our end, we have confirmed these claims to be true.

We wish to formally apologize to any and all fans who have experienced this issue, and we would like to shed some light on what the bug is, when and how it is reproduced, and a tentative fix until a patch is created.

What our team is currently undergoing is a continued investigation of the bug in hopes of determining exactly what is causing it to occur. Once the cause has been identified, we will be moving towards creating a patch addressing the bug. We will put out another announcement on our official website and on all of CybcerConnect2's social media accounts once we have a clear idea on when this patch update can be released.

■Contents of the Bug
There is a low-percent chance that the game will freeze during the cutscene that plays after the player has selected to retry the game. This has been confirmed to occur during the retry screen following the tutorial, as well as with GAME OVERs.

■How Players Can Resolve This Issue (until it is patched out)
Resetting the Nintendo Switch™ console is the only way to alleviate this issue at present. We apologize for any frustrations this bug may cause you, but in the event that it happens to your game, we ask that you please go ahead and reset your console until we have provided a patch.

How to Restart Your Nintendo Switch™
① Press and hold down the power button on the top left of your console (for approx. 5 seconds).
② In the menu that appears, select "Power Options."
③ Next, select "Restart."
You may also select "Turn Off," followed by powering the system up again to achieve the same results. Once your system has restarted, please launch the game again and confirm that your game is playable once again. Please note that this does not remove the bug from your game, but only restores your game to a playable state.

Since the data is saved right before, you will be able to resume your game as normal if you load your game data.

Please contact CyberConnect2's Customer Support in the event that your game continually experiences this bug. Again, we are sorry for any inconveniences and or frustration this issue may cause.
CyberConnect2 CUSTOMER SUPPORT

For the Fuga: Melodies of Steel Deluxe Edition on Steam: How to Check the Save Location of Your Mini Soundtrack and Digital Art Book

This is to guide everyone who has purchased the Deluxe Edition of Fuga: Melodies of Steel on Steam to the save location for the mini soundtrack and digital art book bonus content. Please do the following to check where these contents are saved:

We hope that you enjoy the bonus content and the world of Fuga: Melodies of Steel!

The story takes place on a floating continent, an archipelago of both small and large floating islands where two species known as Caninu and Felineko live.
Malt, a young Caninu shepherd, lives with his little sister Mei in Petit Mona, a little village located in the Free Lands of Gasco.

Over the course of a single night, the Berman Empire invades and throws the village into the flames of war.

Malt and his friends manage to get away thanks to their families who were subsequently captured and taken away.

Escaping to a mountain cave, Malt and the other children discover a gigantic tank called the Taranis. They jump aboard, heading out on a journey to save their families!

Animated Comic - How it All Began
*In Japanese with English subtitles 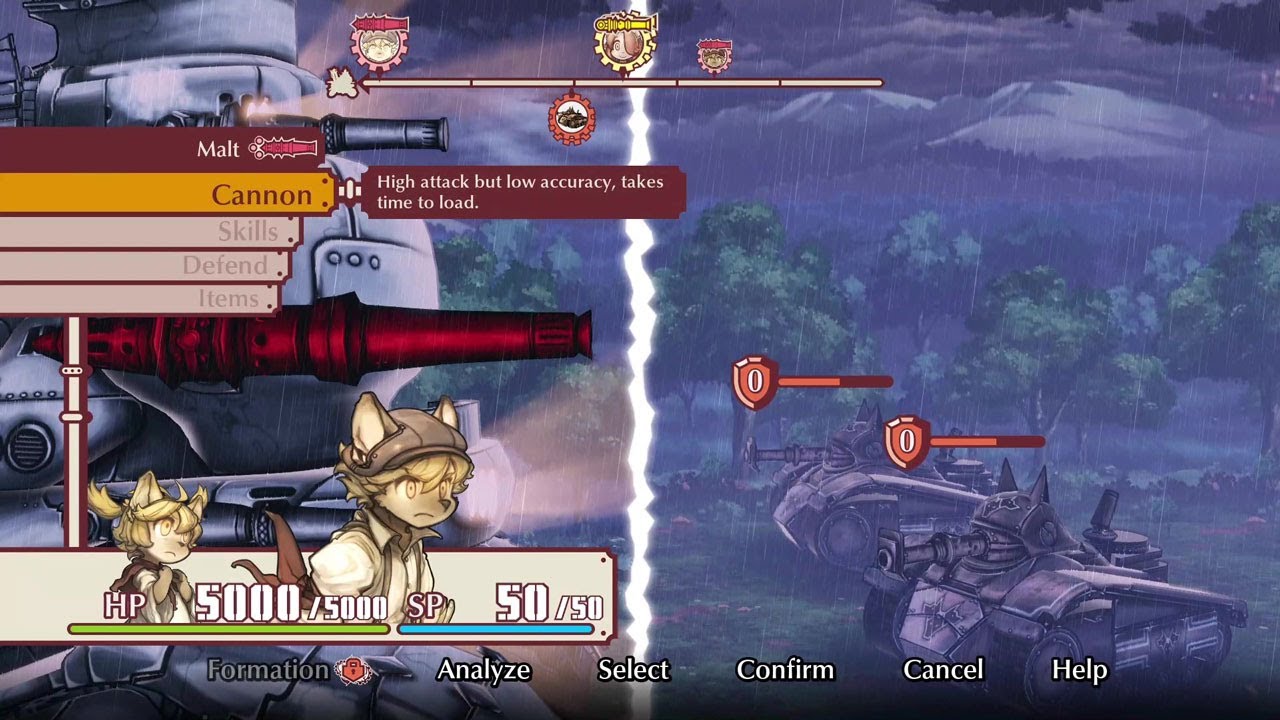 Strategy is the key!
Players will need to keep track of turn order! The Taranis possesses 3 types of weapons, and attacking enemies with a weapon type that they are weak against will delay their turn. By continually delaying enemy turns, players can effectively create 1-sided battles for themselves!

Each story from Chapter 1 to 11 features end cards after you clear them, illustrated by a roster of talented artists! Look forward to seeing the world of Fuga: Melodies of Steel in their eyes!

profile
An illustrator who loves kemono and draws them (and non-kemono too) for work and for fun!

profile
Their illustrations have been featured in CC2's very own anthology book, THE KEMONO BOOK.

profile
Does kemono illustrations and manga at their leisure! Also the character design for PC fan game Maou to Yobareta Ko and mobile game Sengoku Puzzle!! Animal Daigassen, and in charge of the official YUKIxAOI Chimera Project 4-panel manga series.

profile
Manga artist and animal illustrator. Has also handled the manga novelization of The Legend of Zelda from 1999 and is currently serializing Twilight Princess of the same series.

profile
Worked on Solatorobo: Red the Hunter anthology project and can draw kemono of all kinds, shapes and sizes! 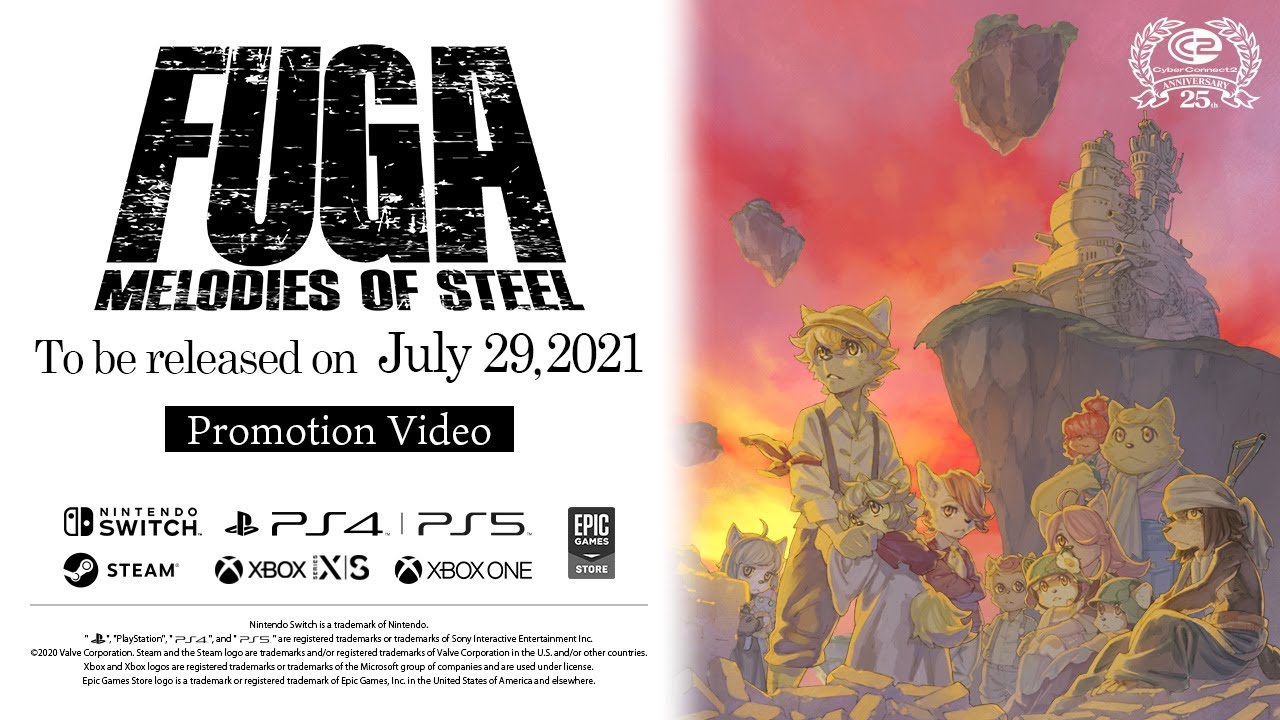 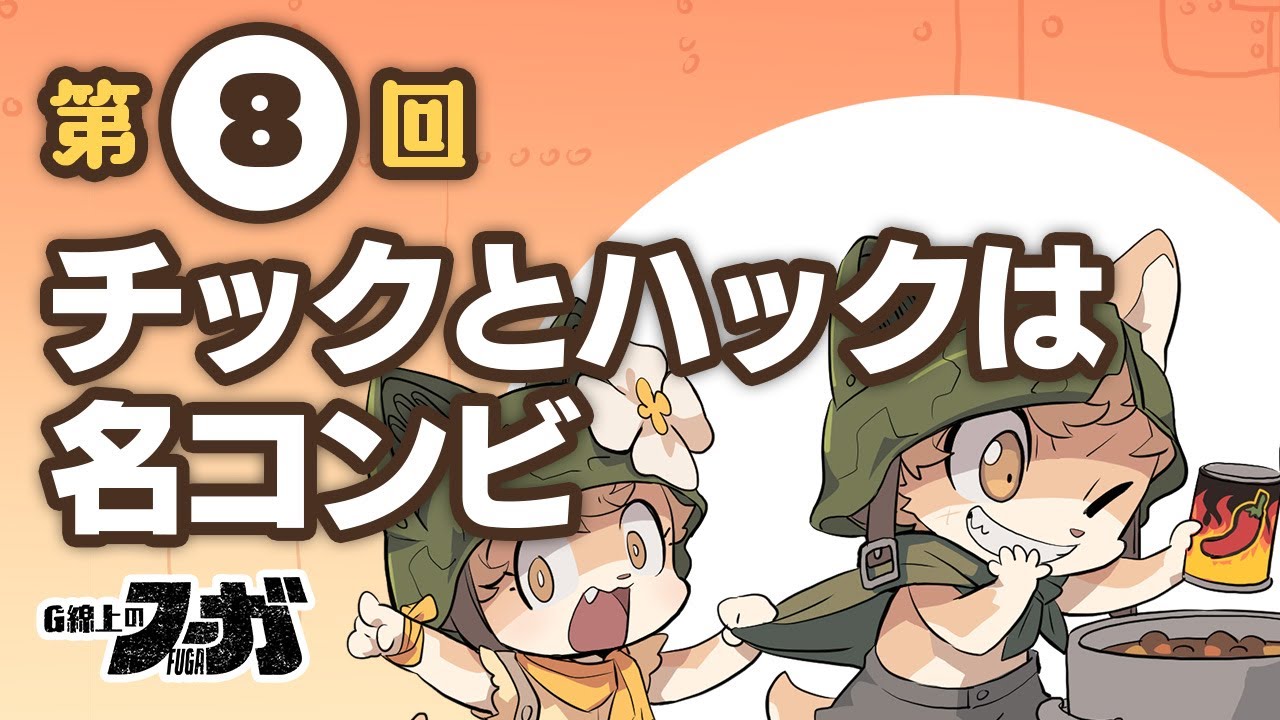 Fuga: Comedies of Steel (Vol. 8)
*In Japanese with English subtitles

The deluxe edition comes with a mini-soundtrack of music from the game, an art book to immerse yourself further into its world, plus costumes and a set items that can be used in the game.