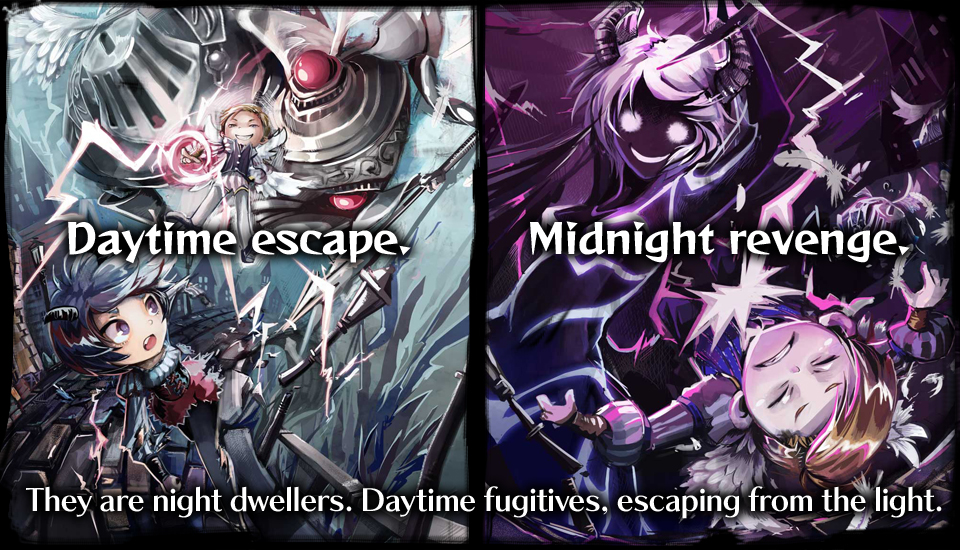 Humans were living in a realm between Paradise and Hell.
With doomsday approaching the Paradise lands drew ever closer,
and the flying birds could almost reach it with only a single flap of their wings.

However, at the same time Hell began to emerge from the abyss and glimpses of it became visible in the human world.
The distance between Humans, Gods, and Demons was becoming closer every day.
The Gods’ and Demons’ power competed with each other, and in the night time when the light didn’t fall, the Demons stalked the earth.

They are night dwellers.
Escape from the light, daytime fugitives.