Meet an international staff member of CC2’s personnel affairs department, Shan Jun. (You may also call him “Tan Shun,” which is the Japanese pronunciation of his name!) “I’m from China and I work as part of CC2’s personnel affairs staff. I came to Japan about 3 years ago. Before that, I was working for a Chinese company. I’ve always liked anime and games since I was a kid and I still play games and watch anime every day until now. Aside from those, I also like playing basketball and traveling. I’m an indoor AND outdoor person! I also love animals and I’ve had various pets. I currently have a dog back home.” 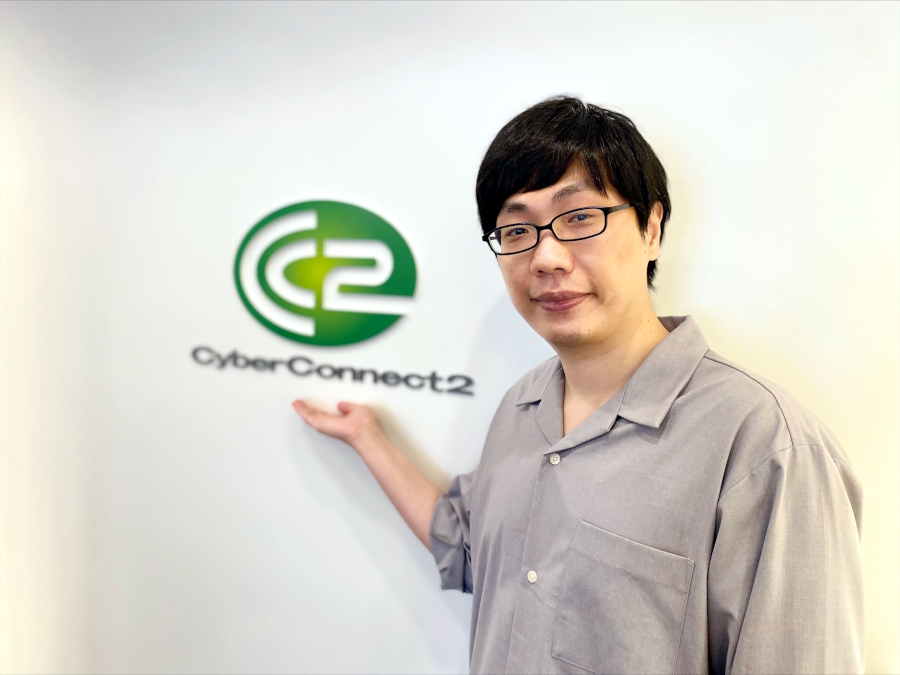 Is this your first company? How long have you been working for CC2?

No, CC2 isn’t my first company. I’ve worked for three companies before back in China. But CC2 is my first company in Japan. It’s been about a year and a half since I first joined.

I love games and I’ve played ASURA’S WRATH, Naruto and .hack before. After I joined CC2, I found myself drawn to the frank atmosphere and creative focus that we have here. The employees around me are friendly and the president himself is quite remarkable.

When I was looking for a job in Japan, I saw a job posting for CC2 on a Japanese job search website and applied for it.

You’re part of CC2’s international staff yourself, but it’s very interesting to see foreign staff who work in the company, not as an artist or programmer, but as someone who supports their fellow foreign staff. There are probably many things you can apply at work based on your own experiences, and among those experiences, which one would you say is the most useful?

In terms of experience I would say it’s being able to think from the other person’s perspective. It’s easy for people to turn a blind eye to things the more we get used to them. Instead of assuming “You should be able to understand that much even if I don’t say it”, it’s important to adopt a stance of “I’ll check just to be sure.”

For instance, Japanese language has the tendency to avoid straightforward expressions and communication relies on the other person taking on the underlying meaning with “nuances” instead. This is difficult for foreigners and sometimes it’s better to say things straight. Of course, being careful with words such as using honorifics is important, but I think what’s most important is being able to correctly convey what you mean. 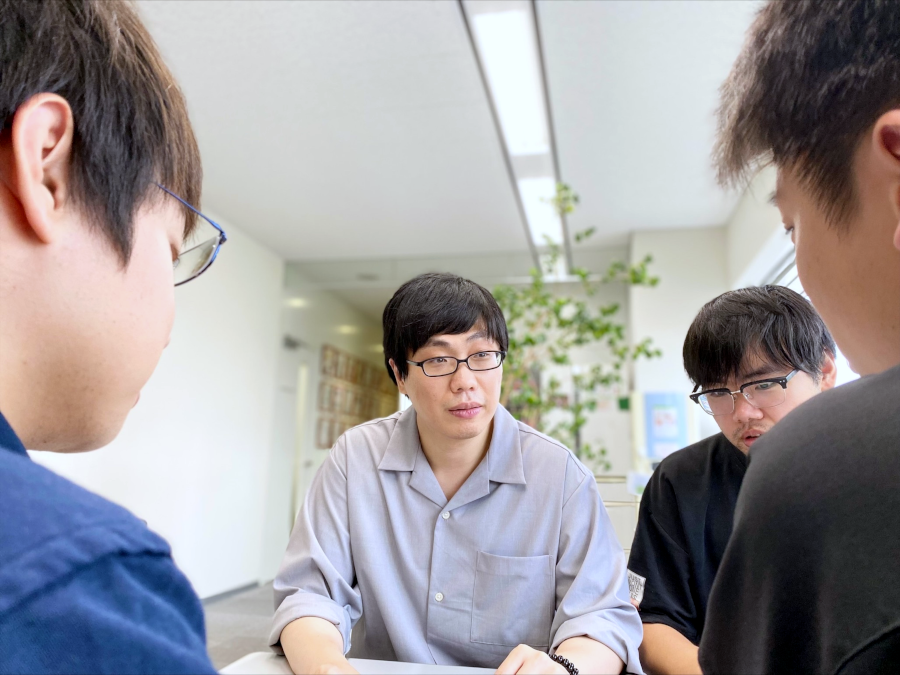 What made you decide to work in a personnel affairs-related position?

When I was job hunting as a student, I met and talked with the personnel affairs staff of many different companies. From that time on I began wondering, “What would it be like to be sitting over on that side?” And I thought I wanted to try working as personnel affairs too.

Looking back on it now, it may have all began because I wanted to talk to various people as the interviewer. Currently, my goal is to be a proper representative of CC2 outside the company, while inside I aim to be a personnel affairs staff people can rely on.

Would you like to or have you considered changing careers from human resources to artist or programmer?

No. It’s embarrassing but I’m quite aware that I don’t have much creativity (laugh). That’s why creators who are just full of creativity are amazing for me.

When you worked as HR in China, did you have any opportunity to be in touch with people from different countries?

I didn’t have as many opportunities to communicate with international students and foreign nationals as I do now in Japan but yes, I did. It was in a different industry but I also worked as personnel affairs in China.

Have you ever considered transferring to Fukuoka HQ? Why do you want to be in Tokyo?

To be honest, I’m fine with either Fukuoka or Tokyo (laugh). When I was interviewed I told them “I can work in either place” and I ended up in Tokyo. Personally Kyoto is my favorite place in Japan. 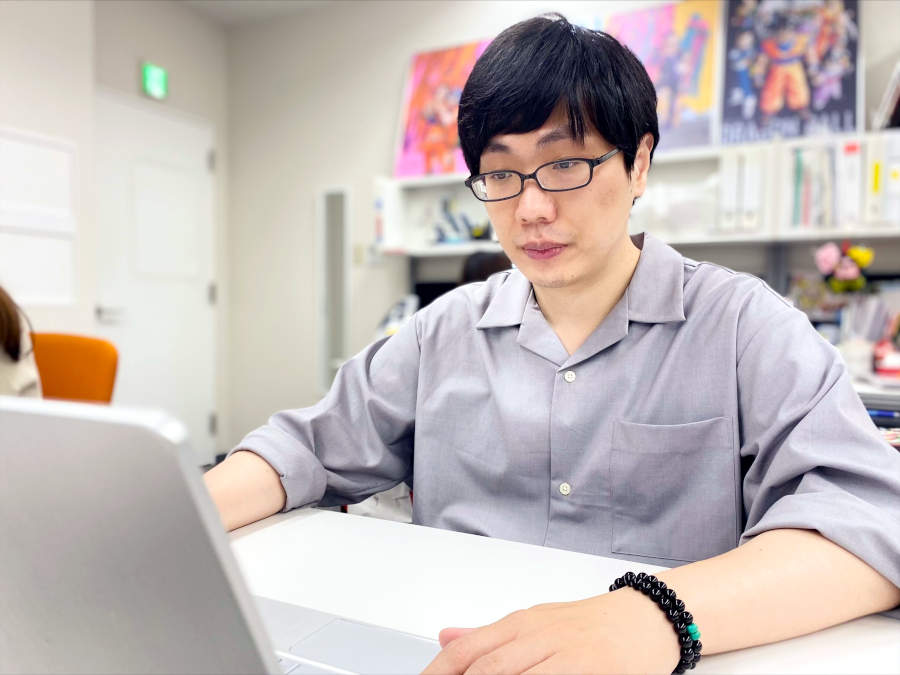 It wasn’t so much a misconception as having “stiff atmosphere” and “incredibly strict job hierarchy” images of the working environment here. But it was totally different when I joined CC2.

From the point of view of a foreign national, I think communication issues inevitably come up no matter what. I think the hardest is how to accurately convey your thoughts and intentions to others in a good way. It’s also harder than I thought to grasp the other person’s intention and to infer the answers they’re looking for.

What is the most challenging thing you’ve encountered in your job or position?

Due to the COVID-19 pandemic, traveling between countries have been stopped and immigration restrictions imposed, so it’s become more important to follow up on foreign recruitment and the people we have offered positions who are currently on standby in their countries. We can only do so much at this point, but we have to always think of ways we can support them to help with their worries and concerns, even if just a little.
Even so, I can’t help but feel disappointed and sorry that what I can do within my power is limited.

What advice would you give Japanese staff at CC2 on how to improve working with their international coworkers? How about vice versa?

Though we’re all working in Japan, it’s important to understand and accept the customs and culture of a person’s country. On top of this, if we take that extra step in communicating with others, I believe we will be able to successfully connect with one another.

I would say the same for our international staff. We all came to Japan so let’s talk to a lot of people to understand Japanese ways and their culture. There’s a Japanese saying that translates to “when in Rome, do as the Romans do” and I believe this is true.

What is the strangest thing you have seen or experienced in Japan?

I was eating curry bread and it was stolen by a sea gull. What’s more, it apparently swooped in from behind me and took away my food in the blink of an eye (according to a friend). It all happened so fast that I still can’t quite understand what actually happened till now. It sure looks like animals in Japan aren’t scared of humans…

There isn’t anything, really, since a lot of things can be bought here in Japan. If I had to say something it would be Chinese tea leaves. 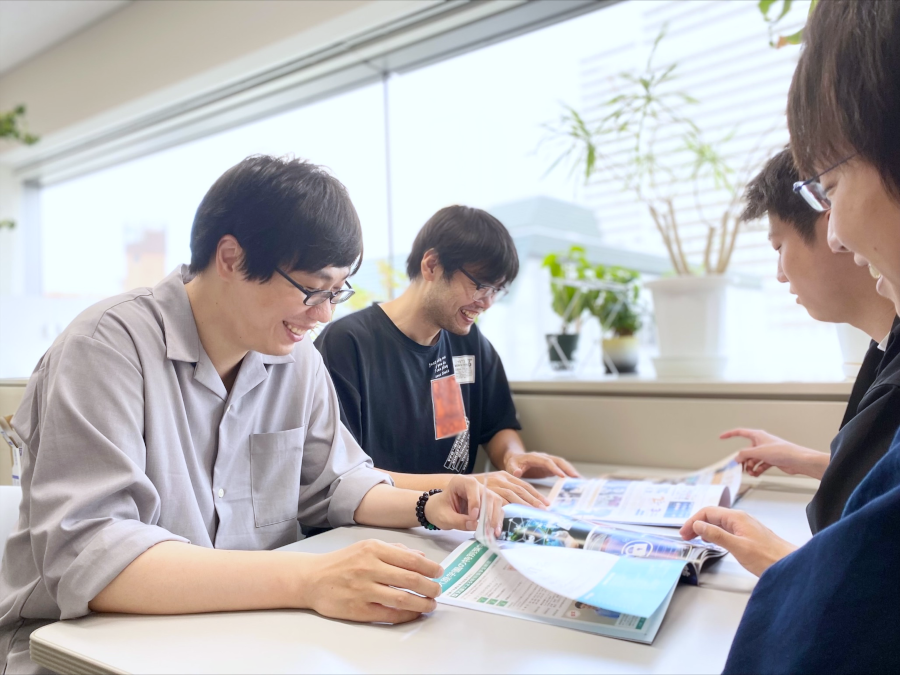 What do games mean to you? Have those thoughts and feelings changed since you’ve joined CC2?

Playing games can be refreshing, and it also allows you to experience what you can’t in your daily life. So in a way, they can be dreams come true. I still feel that way about games now.

Monster Hunter Rise, Tales of Vesperia Remaster, and Fire Emblem: Three Houses. My PS4 broke so I can play only Switch games… I want a PS5!

I brought my PS4 and PS Vita from China. It was easy bringing them in my regular luggage.

Also, there are a lot of CC2 staff who have the same hobbies and interests so try to actively seek them out and talk to them. There will always be a teacher among three people, and communicating with others can always lead to discovering something new.

Thank you for tireless work on hiring and supporting CC2’s international staff, Shan!