Everyone, meet Cengizer, one of CC2’s game character animators. If that’s a tongue twister for you, feel free to call him Cen (pronounced as Jen). “It’s hard to pronounce, but my name basically comes from Genghis Khan,” he says. Originally from Turkey, Cen is into anime, video games and comics. “My favorite comics are Italian comics which are called fumetti. Of course, I love manga and American comics too.” 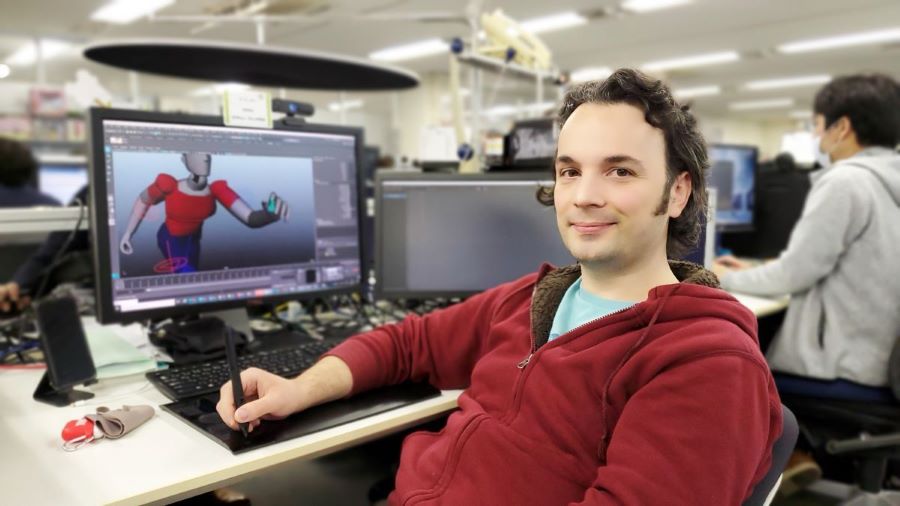 Is CC2 your first company?

No, I worked for several companies in Turkey. But CC2 is my first game company.

I used to be an animator for mostly TV commercials and movies, but I am also a passionate gamer and anime fan. My dream was to work in Japan and create anime-style animations. I always thought about switching to the game industry. As a big fan of the Naruto anime series, I found out about the Naruto games created by CyberConnect2.

I really loved the Naruto games when I played them. They made me feel like I was in the anime and controlling the story. After playing, I wanted to be part of the company because everything I wanted were in those games. I could create anime-style animations and switch to work in game industry. I searched about CyberConnect2 and saw their recruitment page. At the time, there was an opening for the character animator position and I applied immediately. So here I am!

How did you apply? What was the application process like?

I applied directly from the CC2 website. I received a reply within a week and was asked for an interview. The first interview went really well and within another week, they told me that I passed and that I will have a second interview.

I waited for 2 months after that. That interview also went really good, and then I was hired.

I started living in Japan when I first came here to work, so it will be 4 years in April 2021.

What are the misconceptions you’ve had about working in Japan or CC2?

I thought people had to wear a suit to work no matter which type of company it was. But, nope, here in CC2 everybody wears casual outfits.

The language barrier of course. My Japanese was limited when I first arrived here, and there weren’t any translators at the time. My other colleagues helped me a lot. There is a translation team here now, so newcomers don’t have to struggle like I did. 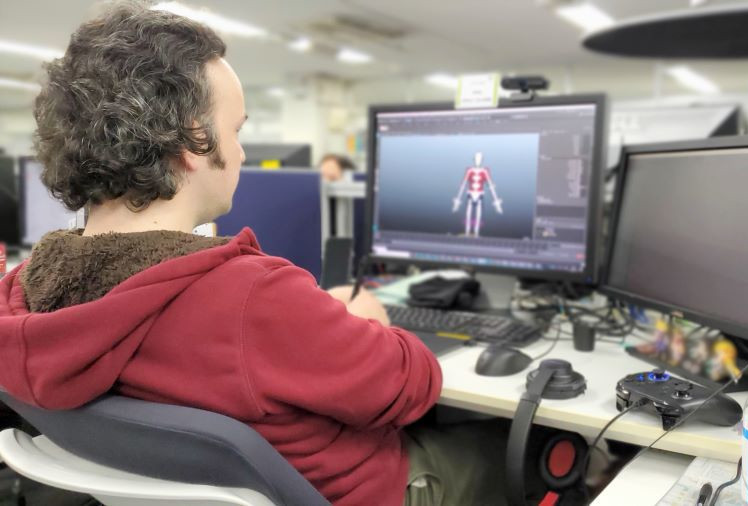 What is the most challenging thing you’ve encountered in your job or position?

Creating anime-style animations. The rules are completely different from Western-style animation. I enjoy it when I’m making it, but I still have hard time creating it.

If you could give the Japanese staff at CC2 advice on how to improve working together, what would you say?

Communicate more at work and outside work. We should understand each other more to improve work, and they should try to learn foreign techniques, too.

If you could give your fellow international coworkers advice on how to improve working together with their Japanese counterparts, what would you say?

Be patient and nice with them because Japanese mentality is different and their way of doing work could be really different from what you experienced before in other companies. Instead of trying to change their workstyle, try to adapt to their way of work. Their way could be inefficient or slow for you, but it works for them. Of course suggesting improvements always is an option but don’t expect them to change overnight. So, be patient and nice.

Not that much. I knew simple grammar, some phrases and the hiragana-katakana alphabets. I thought I could manage talking in Japanese because I watched a lot of anime before.

I was so wrong. In my interview, I mimicked some lines from anime and made some Japanese jokes. They laughed and I thought I made good jokes. It turns out my way of talking was actually childish! I also realized that my limited anime Japanese does not work in real life situations. It can be rude and meaningless. Of course, Japanese people were understanding when I tried to communicate them in their language. They always treated me nicely and kindly.

Now, I’m good enough with daily communication and I can read a little bit of kanji. I still struggle with technical stuff though. I can watch anime without subtitles if it does not have difficult technical and historical words. Otherwise, I still need subtitles.

There are so many konbini (convenience stores) and vending machines on the streets. Konbini are amazing, they have almost everything you need and are open 24/7. Vending machines are also amazing for me. Nobody vandalizes them and even if you go to the most remote places, you can still find a vending machine and get a drink. What is the strangest thing you have seen or experienced in Japan?

Two old ladies came to my door. I thought they were my neighbors but it turns out they were recruiting for their organization. They invited me to join and tried to show me some videos. To avoid them, I said I don’t understand anything except my native language, but their videos were available in every language. This was strange, but the strangest thing was that I expected them to insist when I said I wasn’t interested. They didn’t insist and they never came back. I guess most people in Japan are polite.

I wish I brought more Turkish food. In Japan you can find almost all famous world cuisine except Turkish food. There are some but not enough. I miss a lot of them. Meanwhile, I wish I didn’t bring any home appliances. They took up too much space in my luggage and I needed power converters to use them. They have every appliance here anyway.

Did you bring your PC or console(s) from your home country to Japan? How easy or difficult was shipping?

Luckily, I didn’t bring any. I needed new stuff and shipping would be expensive. Also there’s always a chance that packages get lost or broken. I didn’t want to take risk so I bought everything here.

Don’t be afraid to go out of your comfort zone. Going to another country with a language barrier is hard but it shouldn’t make you worry because we have a really good translation team here. Just follow your passion and try to do your best.

Thank you for taking the time to chat with us, Cen! Who will we interview next? Stay tuned!